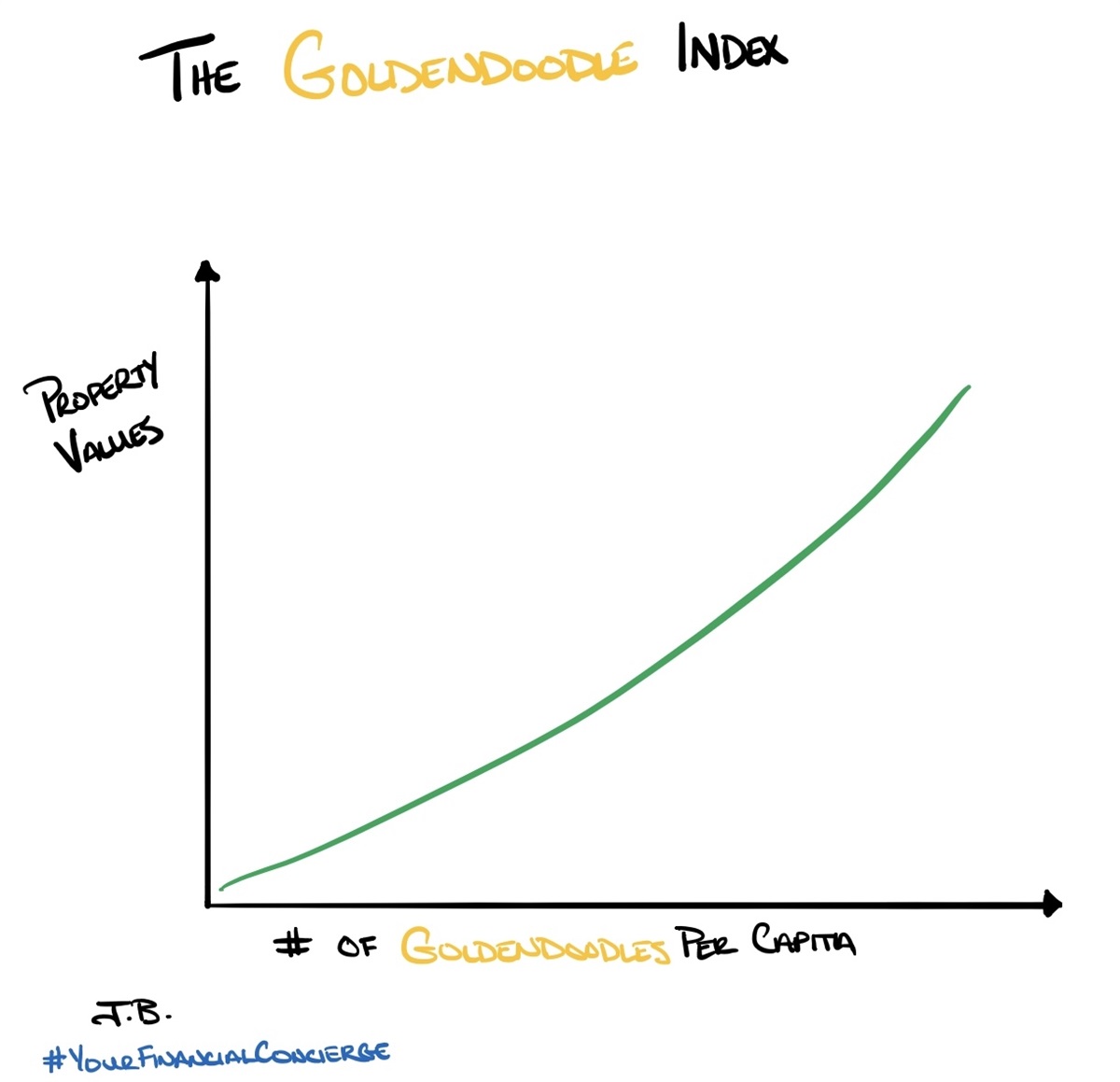 Back in 2006, I bought my first condo in an "up and coming" neighborhood in Boston known as the South End. I had previously lived in the Back Bay and the condo was a 10 minute walk further from all of the places I was frequenting. The condo was on a park and you had to check for 💉's if you were walking in the grass. I'd stare out the windows at the park 🌳and longingly look at all the 🐶's running around.

In 2008, I went to the Animal Rescue League of Boston and adopted a Poodle/Golden Retriever puppy named Buddy for $95. Nobody wanted him. I couldn't believe it, he was the perfect dog! Buddy and one other dog, Dutch, were the only "Goldendoodle's" in the park.

Gradually, the neighborhood got nicer, more businesses and restaurants moved in. People started getting more Goldendoodle's. The park was full of them.

In 2014, Ariana and I had been married for two years. I remember saying to her "Look at all the Goldendoodles in the park, the value of the neighborhood🏘 has peaked. Let's find the next South End." That was the start of "The 🐶Goldendoodle🐶 Index"

Fast forward to 2021 and you cannot walk around a nice neighborhood, city or suburb, and not see Goldendoodles everywhere!